In Norse mythology, the cosmos is supported by a giant tree that connects different independent spaces together with its gray branches. 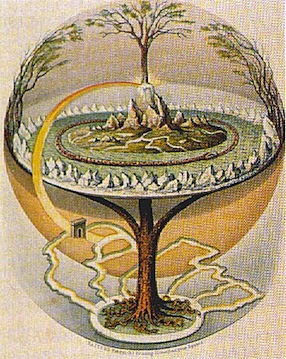 This mighty tree is Yggdrasil (Old Norse Yggdrasill or Askr Yggdrasils) which is the core of the Norse mythology as all the stories happen around the tree. The nine worlds are connected by Yggdrasil’s branches and roots, which interact and depend on each other. In the legend, there is a giant dragon at the bottom of the World Tree, named Nidhogg, who gnaws at the roots of the World Tree day and night in an attempt to knock it down. But the growth rate of the big tree is exactly the same as the gnawing speed of the dragon, and the universe has reached a wonderful balance. If this balance is disturbed, the universe will be destroyed.

Yggdrasil doesn't seem to have an origin. In the Prose Edda, a compendium of Norse myth, we get to know that a variety of beings that live in and around the tree, and how its three roots extend across the universe, but nothing about how it came to be. It’s reasonable to assume that the tree has already existed since the cosmos is created and survived after the Ragnarök（the battle between the giants and the gods).

The Yggdrasil consists of 9 realms and is divided into 3 parts. The upper part includes Asgard, Alfheim and Muspellheim. The middle part includes Midgard, Vanaheim and Nidavellir. The lower part includes Jothuheim, Heim Underworld and Niflheim. 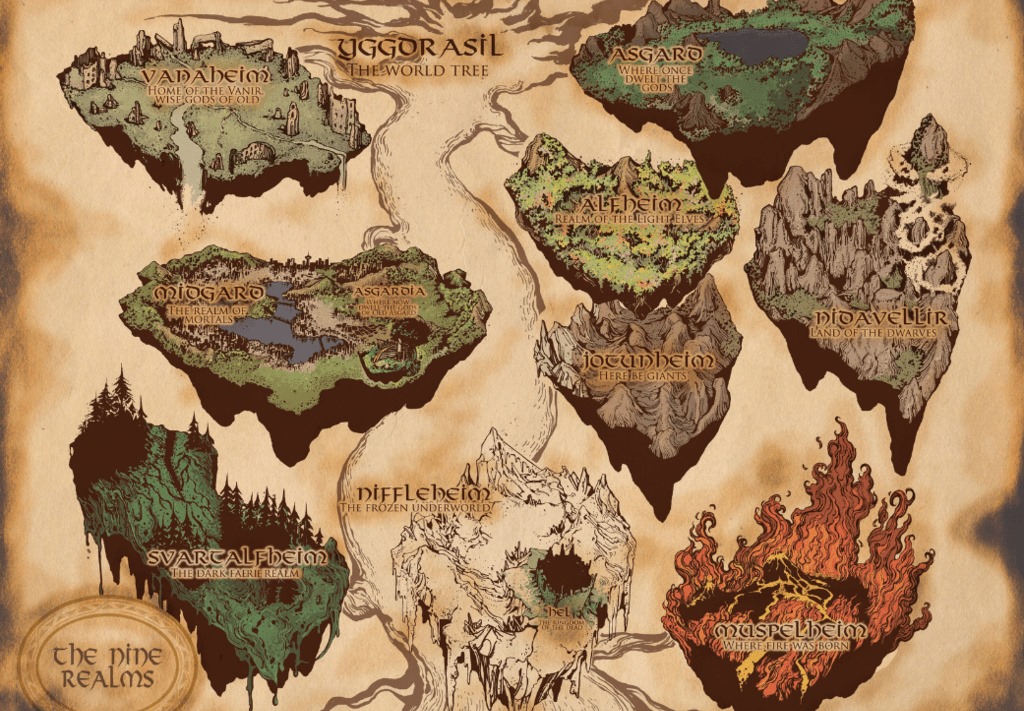 In conclusion, Yggdrasil, the world tree in the Norse Mythology, represents the cycle of life, death, and rebirth. When the world is destroyed in the Ragnarok, a man and a woman keep their lives by hiding in the tree hole. And their show up means the beginning of the new world. Yggdrasil can be recognized as the tree of knowledge and represents wisdom. Odin got the runes to create words, by hanging himself under the Yggdrasil. And Odin sacrificed his right eye to drink the spring water of Yggdrasil to get the wisdom. Therefore, the world tree has also become a symbol of "knowledge", representing the wisdom to make the right choices in the future.

The Yggdrasil is a highly spiritual symbol from Norse culture, which represents not only how everything in the universe is connected but also how to get wisdom with hard work. Today many people get a tattoo or wear the jewelry of Yggdrasil to enhance their inner faith. If you are also interested in the Yggdrasil jewelry, click to explore the jewelry that FaithHeart Jewelry provided!