Why Thor's Hammer symbol was worshiped by people

In Viking life and culture, Thor was a powerful and popular Norse god. Before the Germanic peoples converted to Christianity, he was an important god among all branches of the Germanic people. His popularity peaked among Norsemen and women in the late centuries of the Viking age. His followers wore Thor’s hammer as a symbol to represent their faith and seek protection. In this article, we will discuss Thor and his powerful weapon–Mjolnir. 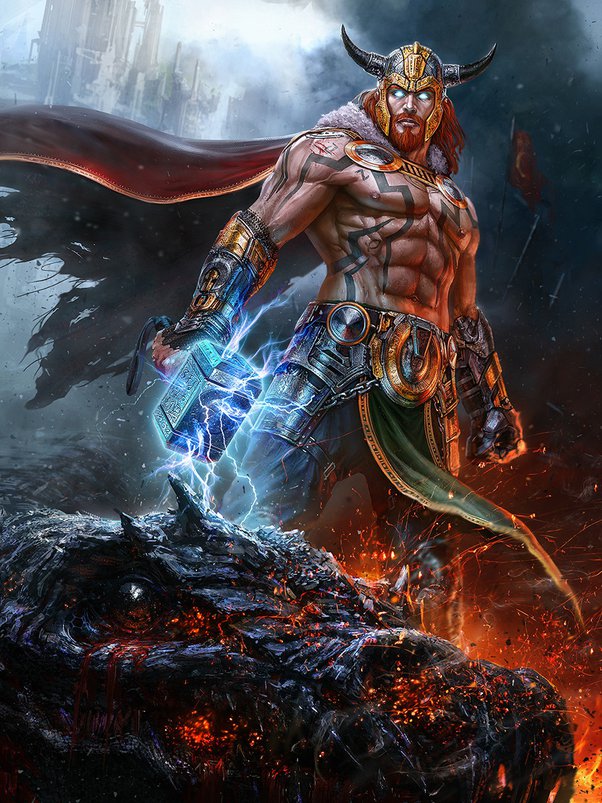 It is a well-known fact that Thor is one of Norse mythology's most prominent figures, and he is the God of Thunder, Lightning, Storms, Oak Trees, and Strength. Thor is also the son of Odin and Fyorgyn, the earth goddess. In addition to being a protector of humanity, he can also heal and fertilize the earth. His wife, Sif is also associated with fertility. Despite his constant vigilant guardianship of the ordered cosmos of pre-Christian northern Europe against chaos, destruction, and entropy symbolized by the giants, ironically, Thor is also a three-quarters height giant.

The Mjolnir hammer in the Norse Mythology

According to Norse mythology, Thor got his hammer Mjolnir from the dwarves Brokkr and Sindri when Loki made a bet with the dwarves to determine the better blacksmith. It's all known that the thunder and lightning were associated with Mjolnir hammer which makes almost every giant in the universe was afraid of the Mjolnir Hammer. Asgard and humanity were protected by Thor's Mjolnir hammer. In addition to being a defensive weapon, Mjolnir's hammer could also bless other people on special occasions such as birthdays and weddings.

In most instances, Thor never go out without Mjolnir which was his main weapon. The giant's skull would be smashed wherever Mjolnir's hammer was near. As a result, Mjolnir's hammer represents both Thor and his supreme power.

The history of Thor's Hammer

In spite of the fact that many Viking things we know these days are modern works, the Mjolnir hammer is proved that it is an ancient artwork.

The discovery of the 10th-century Viking artifact resembled the Mjolnir hammer. The initial assumption was that it was an artifact that looked like a hammer, but no firm conclusion was reached as to whether it represented Mjolnir hammer.

The good thing is, that a pendant recently found in Købelev on the Danish island of Lolland ends the debate on the historical Mjolnir Hammer Amulet. One of the things that set this pendant apart from other artifacts is the inscription of runic letters on it. The runes read "Hmar x is" and it means "This is a Hammer". The pendant was cast in bronze and had traces of tin and silver. Norse mythology and Thor's influence on Viking life were once again demonstrated by this pendant, particularly the use of the Mjolnir Hammer Amulet by the Vikings. 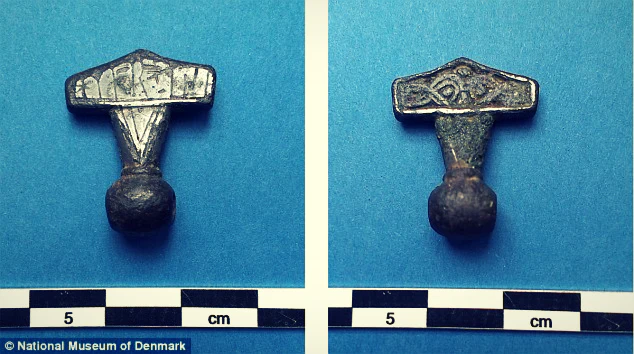 Today's people are still influenced by the god Thor in the same way as the Vikings were. It is generally accepted that modern Viking Jewelry incorporates the Mjolnir hammer amulet's modern style and the layer of meaning. The Mjolnir Thor's Hammer Jewelry still carries the meaning as it used to in ancient Viking times. It presents the power and the daring mind of Thor who was always willing to defend humanity. As long as the wearer wears the Mjolnir hammer amulet, they will be blessed with Thor's protection and blessings. FaithHeart Jewelry also designs fashionable Thor's Hammer Jewelry that are very eye-catching. Visit our website to discover more Thor's Hammer Jewelry.