Why Dragon Worshipped By The Danes In The Viking Age

In "Andersen's Fairy Tales" born in the mid-19th century, Andersen relied on his imagination to cross the ocean to China. It is still unclear when the encounter between the Danes and the Chinese began, but archaeological objects can confirm that direct or indirect contact began as early as 1,000 years before the birth of Hans Christian Andersen in the Viking Age.

"Vikings" On The Sea

Denmark's "Viking Age" corresponds to China's late Tang to early Song period. Wen Tingjun, a poet in the late Tang Dynasty, wrote in the poem "Chunjiang Huayue Ye Ci": "Hundreds of brocade sails are full of wind", which depicts the scene of the ship "splitting the waves" on the Yangtze River. And 1,000 years ago, the Danes drove the ship decorated with "dragon" to open the ocean road. The "dragon" totem of the marine civilization of the Viking Age also has something in common with the Chinese "dragon", which also shows the possibility of cultural integration.

The Scandinavians of the Viking Age fulfilled their ambitions to expand on the vast oceans. They once controlled Russia and the Baltic coast, and made expeditions to Russia, reaching Kyiv and Bulgaria. Some fleets sailed as far as the Caspian Sea to Baghdad to do business with the Arabs. And a more famous group of Vikings marched southwest, making waves in the heart of Europe.

Many of the remains of the Vikings are related to navigation. Ships are an important part of Viking culture, and it can be said that everything about Vikings is closely related to ships. The material for Viking ships was mainly taken from tall and straight oak trees. Viking ships can be divided into two categories: warships and cargo ships. Warships are light, narrow, flexible, light, and resistant to wind and waves; while cargo ships are tall, wide, and heavy, they can remain stable when sailing under heavy loads in rough seas. Both types of boats have what is commonly referred to as a curved bow, carved from a single solid block of oak. In addition to the replica ship, the exhibition also displays the dragon-shaped bow, oars, weather vanes and other cultural relics, all of which were used by the Vikings in those days. Among them, although the real thing of the golden weather vane did not appear in the exhibition, the fine craftsmanship and luxurious materials used at that time can still be seen through the replica.

"The Viking Age epitomizes the characteristics of the Danes' forge ahead." Pei Desheng, the ambassador of the Kingdom of Denmark to China, told the media at the opening ceremony. The maritime culture and sea adventures of this period are unique historical traditions of Denmark and Scandinavia that have been passed down to this day. "The Danes still consider themselves Vikings, and their blood still retains a strong and martial spirit. It can be said that the civilization of the Viking Age has a profound impact on Danish culture." Blank said in an interview. 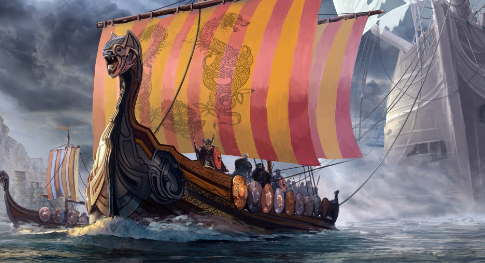 During the Tang and Song Dynasties, the Chinese and Vikings set sail one after another. Did they ever meet? To Danish historical archaeologists, this remains a mystery. Martin, director of the archaeology department at the Southwest Jutland Museum in Denmark, said in an interview: "We don't know yet whether the Vikings have been to China, and they have almost no habit of recording the sea. At present, we can only rely on the records of the Arabs. Deduce the whereabouts of the Vikings." But the Chinese goods still arrived in Denmark. "Silk from China was found in the Viking Age, and the kings of the time wore silk," Martin said.

Both matter and technology are prompting the existence of communication. Chen Ruijin, director of the Suzhou Museum, mentioned in the preface of the exhibition: "Although there is no evidence that China and Denmark had direct contacts in the Viking Age, the jewels in Ribe City, the first town established in the Viking Age in Denmark, The 'lost wax method' used to sell original metal objects originated in China and was later brought to Europe by nomads across the Eurasian steppe."

The dragon head end ornaments on the harness in the 10th century are quite similar to the image of dragons on Chinese Warring States bronzes. The "Dragon Boat" also appeared in the Viking Age, and the image of the dragon was widely used in the navigation instruments of the Viking Age. According to Marion, the Vikings widely decorated their ships with dragon patterns because "in the eyes of the Danes, the dragon is the king and the protector. Especially in sailing, the dragon can protect the Vikings who go out to sea and return home safely." . He also said that one of the purposes of planning this exhibition is to hope that Chinese audiences will pay attention to the "dragon" in Denmark and see the cultural similarities between China and Denmark.

As an archaeologist, Martin pays more attention to the corroboration of the historical narrative by archaeological objects. "The Vikings never wrote in the literature what they meant by a dragon," he said. At the same time, he also put forward his own understanding: in Denmark, people think "dragon" is strong, dangerous, brave and aggressive. This is like the Vikings who worship the dragon. They are strong and dangerous. The colonies spread all over Europe, and then they quickly declined under the resistance of the European kingdoms. "The image of the dragon has almost disappeared from daily social life in Denmark, but when we see the dragon, we think of the Viking Age, and it represents the personality of the Vikings," Martin said. 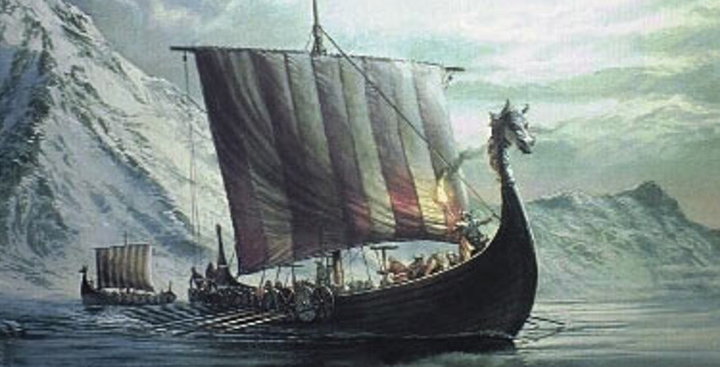 Dragon is also combined with jewelry design as a symbol innovation, which  are favored by the old and the young generation, they can show the Viking spirit and belief while highlighting their personality and taste. Discover Viking dragon jewelry to match with your daily outfit or holidays dressing, Faithheart jewelry brings you a unique yet catching visual effect whether it's a ring, necklace or earrings.