Search
Home page
/
FaithHeart Jewelry Blog
/
What jewelry did the Vikings like to wear?

Vikings loved jewelry more than anything, and were often dazzlingly decorated from head to toe. Silver and bronze are their favorite metals to use. Viking society had a strict hierarchy. Social status and status have a huge impact on what kind of jewelry people wear. Women prefer bronze brooches and armbands. However, earrings are not so popular.

The jewelry design concept is unique in Viking culture. Symbols such as rune letters, tree of life, hammers, triangles and horns are all at the forefront of Viking culture and have different mystical properties in Norse mythology. Some animals are also part of their jewelry designs.

All these elements are widely used by many modern jewelry companies, Faithheart also specializes in amulet jewelry from Norse mythology.

The story behind the Viking jewelry designs

Jewelry and trinkets were an important aspect of Viking life during the Viking age. They symbolize membership in a tribe, are used to confer combat abilities, and are a way of showing status and wealth. Used in everyday life, from work to hunting, and even combat and warfare. Jewelry was used as a badge of pride for the Vikings.

What jewelry materials did the Vikings like to use?

Unusually, in the Middle Ages, Viking jewelry had a strong preference for silver. Gold and silver must have come from Viking raids and conquests or trade, as there are no natural deposits of these metals in Scandinavia. Today, Viking jewelry has expanded to include bronze, glass and brass. Filigree and guipure were the two main methods of Viking jewelry, and in the early stages, they were made with natural and animal motifs. In later periods, Viking jewelry also featured simple geometric patterns. They also wore beads made of precious stones and rocks, but not in combination with silverware.

Given the technological constraints of the time, Viking jewellery was likely made of silver, bronze or even gold. Collect precious metals from all over Europe by looting or trading. At the same time, there is no shortage of precious stones like neumite in their jewelry designs. 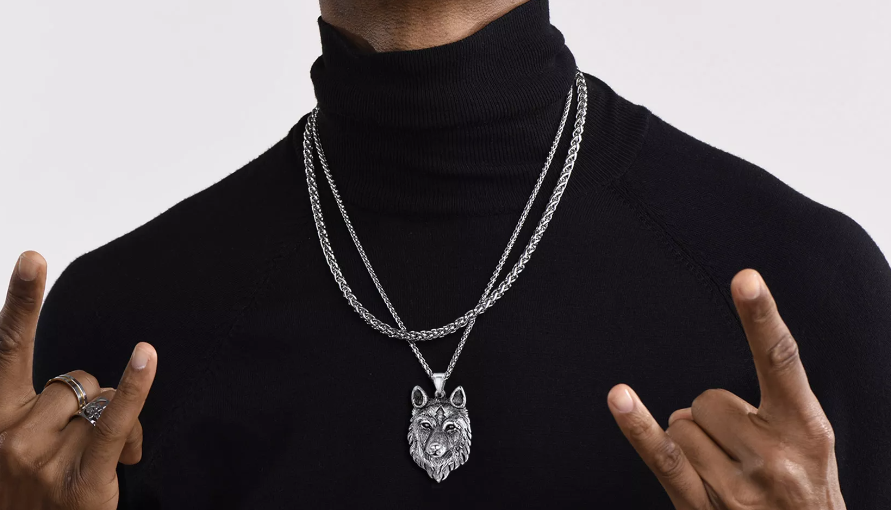 Viking jewelry was more than an accessory, it was an identity for their tribe. Jewelry worn by a man can tell his status, occupation and even family at a glance. Viking women needed jewelry to hold their clothes together, and probably few were seen without some trinkets.

For leaders and chiefs, the jewelry they wear is more of a show of wealth and power. They wear more meaningful clothes, which are said to embody bravery, strength and nobility. Gifts from tribal leaders are important gifts and symbolize strong relationships.

The Nordic religion is a polytheistic religion with many gods on many different occasions. These various deities are also displayed in their jewelry, as well as afflatus (spiritual revelation) in their daily life, animals and nature.