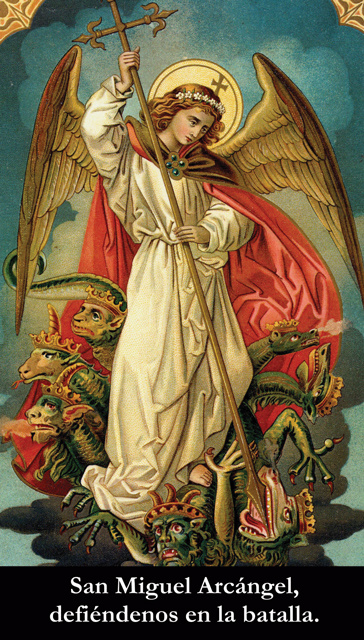 Who is St Michael?

St Michael, the defender of heaven, the supreme commander of the Angel Army, and the guardian of the Garden of Eden appointed by God, is an archangel mentioned in the Bible in Jewish, Christian, and Islamic teachings.

In Hebrew, Michael means "who is like God" (mi-who, ke-as or like, El-deity), which is traditionally interpreted as a rhetorical question: "Who is like God?" (which expects an answer in the negative) to imply that no one is like God.

In this way, Michael is reinterpreted as a symbol of humility before God. In Christian paintings and sculptures, St Michael often appears as a boy with long blond hair, holding a red cross (or a red cross-shaped sword) fighting a dragon or standing on a dragon. There are many descriptions and praises of him in the Bible. He not only has the most beautiful appearance, but also has the courage and incomparable power that mortals do not have which makes him one of the bravest angel by God's side!

St Michael in the Records 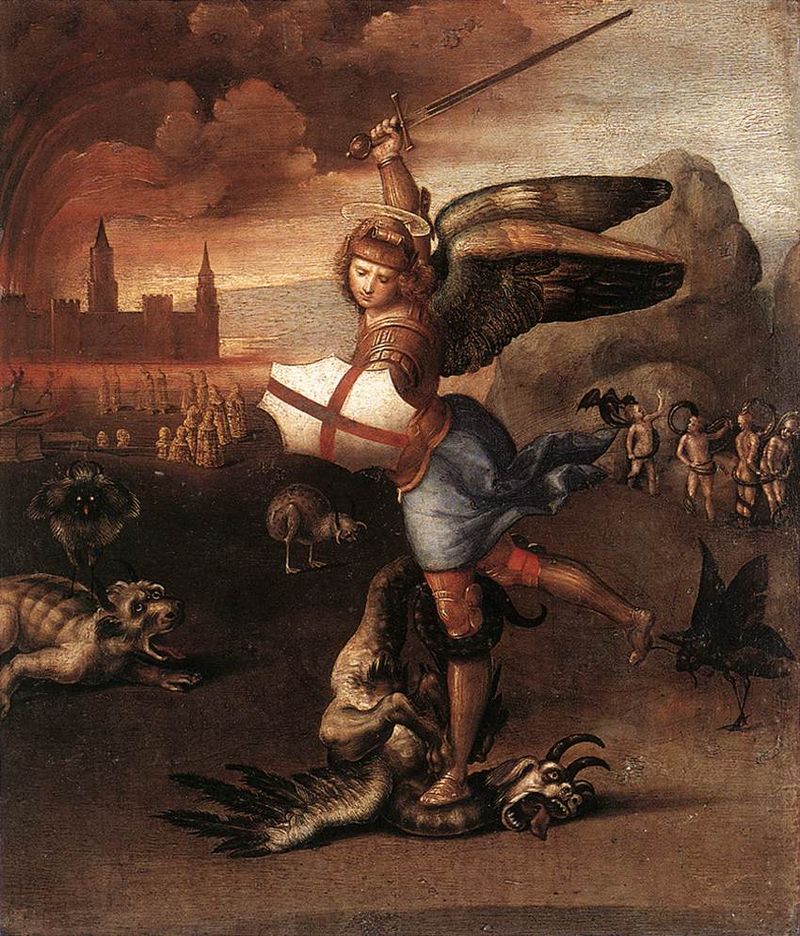 Christian sanctuaries of Michael appeared in the 4th century, when he was first described as a healing angel, and then over time as a protector and the director of the army of God against the battle of evil. By the 6th century devotions to Archangel Michael were widespread both in the Eastern and Western Churches. Over time, teachings on Michael began to vary among Christian denominations.

St Michael is such a major role in Christianity that it not only influences the faithful believer but also becomes one of the symbols of protection in many countries. Despite St Michael’s stories being slightly different in each religion's teaching, he is always described as the leader of the angel side against the devil, protector of the world, healer of people’s souls, and guardian of the church, and its image can be seen in all places.

It’s said that the British Flagship is inspired by St Michael’s cross. Today many believers also wear pieces of jewelry with St Michael’s image to enhance their faith and hope that they can be protected by him. Let’s have a look at St Michael’s Jewelry provided by Faithheart Jewelry!

To Conclude, St Michael the Archangel, a remarkable commander of the heavenly army, defends us in the battle against principalities and powers, against the rulers of the world of darkness and the spirit of evilness in high places. Wear the St Michael jewelry produced by FaithHeart Jewelry to enhance your faith constantly which somehow reliefs you and make you feel reliable. Remember that all things are possible with faith.