How the style of Nordic Viking jewelry has evolved

If "Vikings" are mentioned, I believe that what comes to mind is the warriors who wield spears, swords and heavy shields, and wear helmets with double horns to fight and plunder, not jewelry. But the truth is that they also made beautiful and intricate ornaments, mainly in bronze, iron, gold and silver, amber and resin. Nordic Vinking jewelry dates back to the early Viking Age (around 800 AD) and has become more refined as the craft has developed. 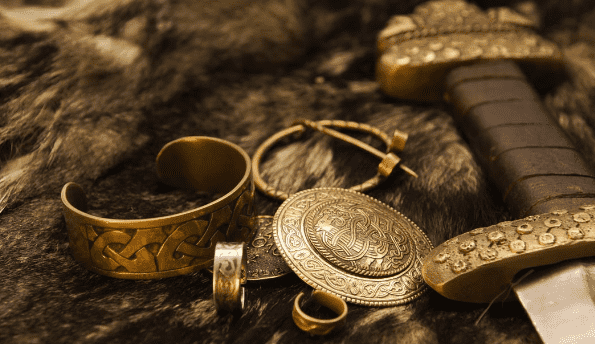 Ancient Vikings, men and women alike, wore multiple pieces of jewelry emblazoned with symbols ranging from Norse mythology to Thor's hammer. Viking jewelry was very polarized, either clumsy and heavy, to withstand the test of war. Or extremely delicate, a manifestation of wealth and status.

The function of jewelry in Viking culture is very unique, in addition to being a sign of wealth, it is often used as currency. The Vikings wore silver arm and neck ornaments, and when they needed to pay the bills, they cut off some fragments and paid for it as broken silver. Called "hack silver", this jewelry saves you the trouble of carrying a wallet. Businessmen therefore usually carry small scales with them.

Silver and bronze were the metals most commonly used by the Vikings, and brooches made of bronze were the most common jewelry among women of ancient Viking culture. Armbands and neckbands were very popular, but there was little tradition of wearing rings before the late Viking Age, and almost no earrings existed, even though the Vikings knew and snatched earrings through contact with people from other ethnic groups. The most common piece of jewelry from the Viking era in Scandinavia was a bronze oval brooch for women. Souvenirs (strange objects picked up/snatched from abroad) such as coins and rings are often hung on necklaces.

It is worth mentioning that the Vikings used the lost wax method to make jewelry. To make a wax mold of the desired part first, then pour molten metal into the mold. After cooling, the wax mold cracks and the metal is polished until the jewelry sparkles. In addition to metals, the Nordics used beads and precious stones to create beautiful ornaments. However, even though the Vikings had used this art form before the Viking Age, the Vikings rarely set gems in their jewelry.

Viking beading, usually made of amber or glass, was the most common ornament on necklaces. Glass raw materials are usually imported from Western Europe. And because they were handcrafted, none of them were identical, and although glazed beads are widely used today, archaeological evidence from Viking tombs suggests that these ornaments are rare. And even the Viking ornaments with beads were only one or two or three. At the time, beads could be worn alone or with other pendants. For example, Thor's hammer was very suitable for beading on both sides. It is extremely rare to find more than three beads on a necklace, suggesting that they are both precious and rare, perhaps symbolizing a person's wealth and social status.

Like many other regional jewelry design concepts, Nordic Viking jewelry aims to emphasize the power of the wearer, such as the Mjolnir pendant representing thunder and lightning, which is by far the most popular pendant design. These mystical Viking symbols are not only found on jewelry, but also inscribed on runestones and weapons in the form of images, words and stories. In addition to being designed as abstract patterns, it also contains images of animals, nature and gods.

Some scholars believe that some Nordic Viking jewelry may also have religious significance. Pendants preserved in several tombs are inscribed with religious symbols such as Mjolnir (Mjolnir), Valknuts and Yggdrasil (Tree of Life). Vikings often placed jewelry in their tombs and believed that having wealth would lead to a comfortable life in the afterlife.

There are occasional cross-wearers in pagan communities. 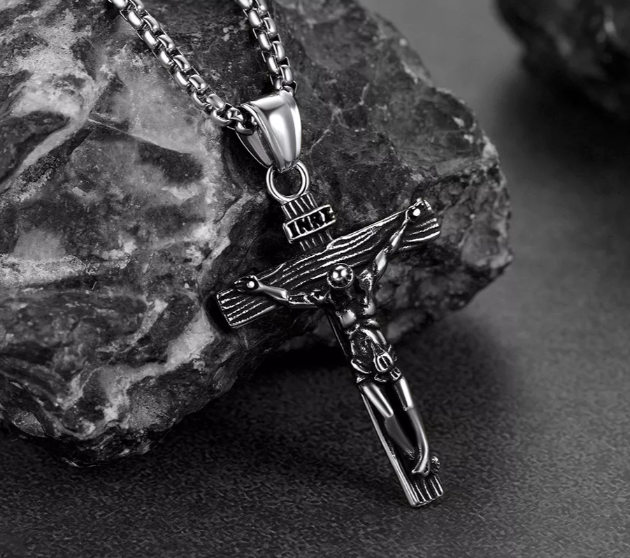 Even in the heyday of the Viking Age, Christian missionaries insisted on persuasion, and as a result, some Nordics embraced the new religion, forming a mixed belief system. However, the cross pendant is the rarest archaeological ornament found, suggesting that only a few Vikings embraced Christianity. To this day most Danes go to church only twice in their lifetime.

In short, Vikings love fashion and precious metals, they strive to make beautiful ornate decorations, and focus on integration with daily life. Clearly, the Vikings were not the savages that most people think they were, but an organized, well-connected group with a rich culture of their own that surpassed even that of most other regions of their time.