How To Celebrate Halloween With Viking Rune Jewelry

In Norse mythology, the Rune was first discovered by Odin. In order to seek higher wisdom, Odin, the father of the gods, hung himself from a tree for nine days and nine nights, thinking about the mysteries of the universe. When he came down from the tree, he realized the Runes.

It is an ancient Nordic alphabet. In addition to being used as words, these words can also be engraved on animal skins, wood chips, stones, crystals, metals or gemstones representing these symbols for divination. Now the special characters of Runes are more widely used in various games and film and television works, as well as the design of jewelry.

Runes carry the destiny of all things within the universe. Each rune letter contains a special power and magic (see Runes Meaning) 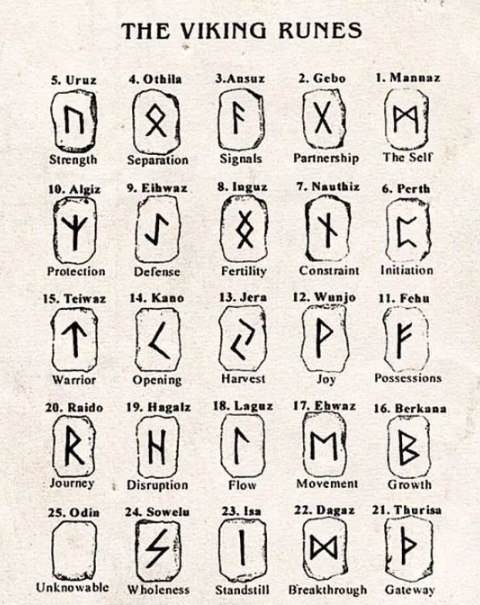 Runes were the alphabet commonly used by the Vikings. However, runes are not used much for communication purposes, most of the time they are used to call on God for help. But Runes were the primary communication system in the Viking Age. This type of alphabet is the link between the Vikings and the Norse pantheon, as it is believed to facilitate communication between visible and invisible forces. Runes are highly respected due to their divine powers, and until now they are a must-have accessory for lovers of Norse culture.

This magical alphabet has become part of a culture that has long disappeared. We no longer use runes for everyday communication. However, the influence and power of the runes are unquestionable. Runes are still symbols of holy power.

The Vikings carved runes into stone, and for those who want to have a Viking symbol jewelry, the runic alphabet is an excellent source of inspiration and one of the necessary elements of Viking Runes Jewelry, the wearer can fully express their beliefs and attitudes.

In the coming Halloween, rune pattern jewelry can also add a variety of atmosphere to the festival, whether it is in the form of necklaces, earrings, or rings etc, it can add a touch of luster to your Halloween costumes.

Discover various types of Viking symbol jewelry from Faithheart, there is always a piece for you. Subscribe to get latest information, special offers, and more.